The Future of the UN, Policy Advice and Think Tanks: Shaping Our Future Together

A group of think tank executives will propose a series of concrete policies, programs, and partnerships with UN and for the global community to launch in the next 12-24 months.

Intervention de Thierry de Montbrial : The analysis and studies of Ifri are widely read and much appreciated particularly amongst European decision makers, and the EU institutions. If you compare access and influence on EU level with the one that you have with the UN, how would you like to see a strengthened relationship between Ifri and the UN play out in the future? On which topics do you particular see bilateral interest for cooperation? 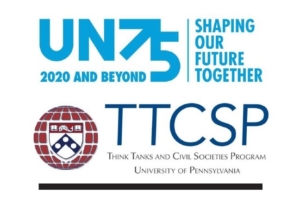 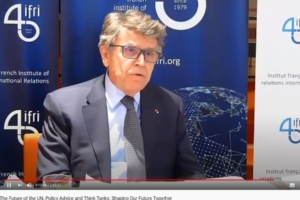