You are here: Home1 / News2 / Openning Speech of the 12th edition of the World Policy Conference

Openning Speech of the 12th edition of the World Policy Conference 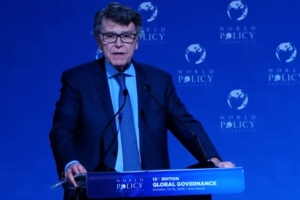 At the 11th WPC a year ago in Rabat, the prevailing view among experts was that the world economy was doing well and had a bright outlook, subject only to political shocks that might affect it. However, there was no shortage of them, even beyond the trade war. In the Middle East, Iran has not yielded to the sanctions imposed by the United States. Saudi Arabia, which is entangled in Yemen, has just shown its great vulnerability to its opponents despite the hundreds of billions of dollars invested in its defence. On the one hand, the Iranian leadership is showing its resistance despite its complexity, or what could euphemistically be called its diversity. On the other, the Saudi Crown Prince has still not established his credibility, either in the political realm or in relation to its economic projects. The ad hoc alliances seem very fragile, and if no incident has degenerated to date, this is probably due to Donald Trump’s now clearly stated intention not to let himself be dragged into a new war. Here, as elsewhere, America prefers to use economic weapons, hoping that they will eventually produce the expected results. To this end, it bullies its allies and other partners by imposing its own foreign policy and laws on them. As a result, trust in the United States is eroding everywhere, creating a great deal of uncertainty.

Geo-economics is a term used to describe a situation where states, starting with the first, are increasingly and methodically using non-military levers of economic power to achieve their political objectives. Such an approach, once unconvincing, as the history of international economic sanctions reminds us, has become much more effective—although not decisive, far from it—due to the revolution in information and communication technologies. It is also through geo-economics that, without questioning its military ambitions, China is successfully extending its influence worldwide. But unlike the United States, it does so in the name of development or poverty reduction and by declaring itself in favour of multilateralism.

But let us return to the Middle East. The Iranian-Saudi rivalry has, at least for a time, eclipsed the Israeli-Palestinian conflict. The United States has vigorously taken Saudi Arabia’s side in that rivalry. The “Islamic State” has lost its territories. But it survives, hidden and fearsome. Continuing the policy of distancing himself from his predecessor, Trump allowed it to survive. In fact, the danger of Islamist terrorism has not decreased anywhere. It even seems to be increasing, as in the Sahel. In short, Middle Eastern instability in the broad sense of the term remains at the centre of global geopolitics.

Nothing has been settled in the East Asia either, although the three meetings between Donald Trump and Kim Jong-un may have given traditional diplomacy, which is however undermined by the president a slim chance. But it is clear that the North Korean dictator will not give up nuclear weapons in the foreseeable future. And it is hard to see Trump giving up this objective and being satisfied with a kind of JCPOA. Here again, he continues to rely on sanctions.

In East Asia, the most significant event in recent months has been the uprising of part of Hong Kong’s population against the grip of the Beijing government, which until a few months ago could have been thought to be well established 22 years after the handover and 28 years before the territory’s definitive return to the mother country. The unrest casts a shadow over the People’s Republic of China as it celebrates its 70th anniversary with great fanfare and its economic growth is slowing down because of the trade war and domestic reasons. It is all very well for the Chinese to accuse the Anglo-Americans of being at work, and perhaps they are not completely wrong. Similarly, the Kremlin has never been completely wrong about the role of the United States in Ukraine since the 1990s. But conspiracy theories never explain everything. I do not know if the French yellow vest movement has contributed to the weekly rallies that have been transforming Algeria’s political landscape for months. I am even less sure that it could have inspired the Hong Kong demonstrators. What I do know, however, is that in the Internet age, very special conditions are needed to bring a people into line. However, these conditions are not met in Algeria or Hong Kong. In the first case, nobody can predict the end of the crisis. In the second, we know the main player and its determination to get things back on track, especially since, behind Hong Kong, there is Taiwan—a vital issue from the Chinese point of view. The Beijing government’s problem is the cost in the broad sense of restoring order, and therefore the method.

For several years now, nationalism has been rising around the world. Europe has not escaped the phenomenon of “illiberal democracies”. The European Union’s resistance to the endless story of Brexit and the results of the European elections in May have shown once again that the worst-case scenario is seldom the most likely outcome. Nevertheless, every hypothesis must always be clearly considered. On this subject I would like to say a few words about India. After a campaign of rare violence, Narendra Modi’s BJP won a major victory despite a worrying economic slowdown. Moreover, doubts have arisen here and there about the reality of the growth rate posted, as well as China’s. But observers have not sufficiently noted that behind Modi’s victory lies a sophisticated project to transform India, on track to become the world’s most populous country, into a huge “ethnic democracy”. This expression from political science was initially coined to refer to Israel, which is intended to be a Jewish and democratic state. Modi’s project, already tested by his previous work in his state of Gujarat and widely tested nationally during his first term, is to make India a Hindu democratic state. Specifically, the 20% of the non-Hindu population, including 170 million Muslims and a small Christian minority, are openly becoming second-class citizens. Upon his re-election, Modi unilaterally transformed the status of Kashmir, causing a crisis that, in turn, will amplify the Indian nationalist wave, some of whose consequences can be foreseen, such as the rise of terrorism in India. This is also expressed in terms of a desire for power, albeit in a different form from China. There is also a plan to introduce a facial recognition system in “the world’s largest democracy”, as in China. All this must be of lasting interest to us.

Speaking of India, how could we not mention a now well-established geopolitical model: the “Indo-Pacific” model, which largely covers what was once called the Indian world. As we know, the field of geopolitics is the ideology about territories. The ideology here includes a strategic dimension (a contribution to China’s containment) and an economic dimension (the development of a basin of excellence for the fourth industrial revolution). The WPC cannot keep silent on this subject.

In this opening address to the 12th WPC, I left out many topics that will be discussed in the next three days. Some are of a regional nature, such as in Latin America (I am thinking in particular of Bolsonaro’s Brazil and Maduro’s Venezuela). Climate and the environment remain at the top of the agenda. I will conclude by stressing once again the need for the middle powers to have a clear understanding of international reality in order to take better control of their destiny. Once again, too, I would like to stress the importance of the European Union, which goes beyond that of its members, because only a solid Europe can measure up against the two imperial powers competing in the coming decades, or against other giants such as India or Japan.

Europe’s security is closely linked to that of its flanks, and I am among those who welcome, in this regard, the prospect of a possible rapprochement with Russia. It will probably be many years before the European Union is in a position to pursue a truly common foreign policy. But there is no need to wait that long to work together to strengthen the development and security of our southern neighbours, such as the Maghreb and Sahel countries, whose destiny is intertwined with ours. We are meeting for the fifth time in Morocco because we are convinced of this reality, and because in the co-construction of North-South security we see a positive contribution to the international system as a whole. In a world as new as the one opening with 5G, the WPC should not underestimate either its own originality or its positioning. We must work together to strengthen each other. 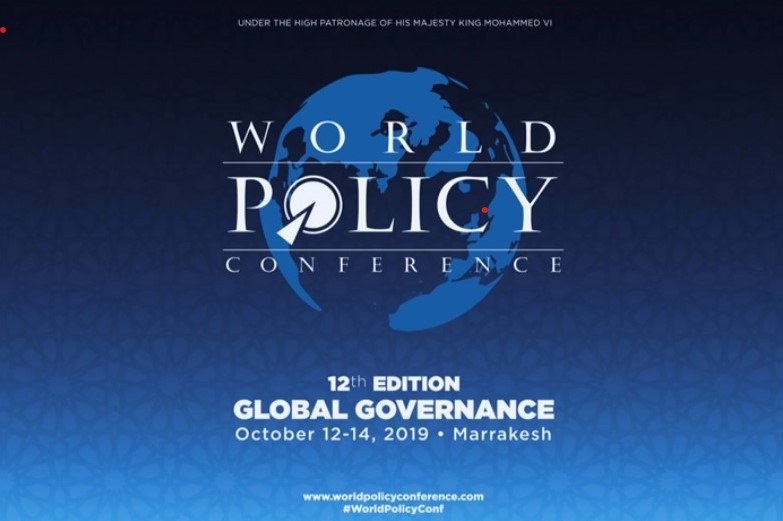