You are here: Home1 / News2 / Speeches3 / 12th edition of the World Policy Conference 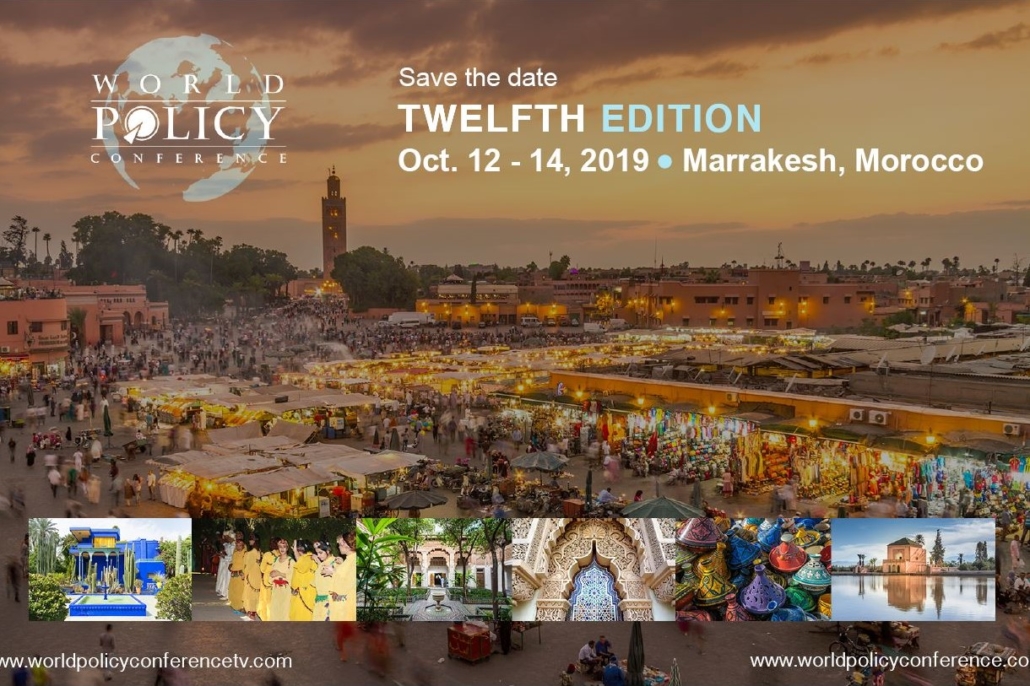 Founded in 2008, the World Policy Conference (WPC) will be holding its twelfth edition from October 12-14, 2018, in Marrakesh, Morocco.

The WPC’s mission is to reflect upon and to come up with solutions to the constant upheavals of today’s world and to create lasting bonds between the participants. This international conference gives a voice to political, economic, academic and media players from over 40 countries – from major powers to medium and small countries, including emerging countries, thus ensuring a diversity and plurality of debates.

In 2019, the city of Marrakesh will host the World Policy Conference for the fourth time since its creation in 2008. Beyond the close diplomatic ties between France and Morocco, the choice of this host country reflects the increasingly important role that the African continent is expected to play on the global geopolitical scene.

More than 250 international leading figures will participate, including:

The work of this twelfth edition will cover issues such as