You are here: Home1 / News2 / Medias3 / Interview at the News Press Agency

Interview at the News Press Agency

Thierry de Montbrial is Executive Chairman of IFRI (French Institute of International Relations), that he founded in 1979, and of the World Policy Conference (WPC) that he founded in 2008. A graduate of the prestigious Ecole Polytechnique and École Nationale Supérieure des Mines de Paris, he was the first Director of the French Foreign Ministry’s policy planning centre and chaired the economics department at the Ecole Polytechnique for 18 years (from 1974 to 1992). He has published a number of economic, political, strategic and more personal works, the latest being Une goutte d’eau et l’océan (Albin Michel) which retraces a spiritual journey while offering thoughts on theoretical physics and mathematical questions.

1. You have had a rich and diverse career. Could you tell us about it and about your personal highlights?

I graduated from the Ecole Polytechnique in the Corps des Mines (corps attached to the French economy ministry) and later completed a doctorate in mathematical economics at Berkeley. My two bosses were awarded the Nobel economics prize and several of my students have become famous. I spent a lot of time working on economics and pure mathematics. Then there was the key year in my career – 1973.

I was appointed professor at the Ecole Polytechnique – there were few fully-tenured professors at that time – and I taught there until 2008. At the same time, I set up the policy planning centre at Quai d’Orsay and became its first director. It was the time of the Cold War and strategic research was viewed through nuclear weapons. Strategic analysis and economic analysis were quite far removed and for several years, I made efforts to bring them closer together and to build bridges between them. I was passionate about the conceptual aspects. Six years after that “key year”, in 1979, I founded IFRI.

2. What pushed you to found IFRI?

I was passionate about pure sciences. I could have followed a career in mathematics or theoretical physics, but my enthusiasm wasn’t enough to make me want to sign up for life. I was just as drawn to action, history, life – and in this respect, I learned a lot while running the policy planning centre.

I travelled across the world, especially to Japan and Russia, and of course across the US and Europe. I discovered the world of think tanks, institutions with dozens of full-time researchers: a concept that was still quite rare in France at that time – there were just the clubs, like the Jean Moulin club, which were “thinking circles” and which were not quite the same – and I wanted to introduce the concept in France.

Think tanks work on ideas to facilitate decision-making for public and private leaders. They have two characteristics. The first is a base of permanent researchers – something that sets it apart from the club. They need to be familiar with the field, namely the field of foreign policy in this case, and to build a network. The second is a concern for the common good, regardless of whether the think tank’s area of activity is general or sector-based, focused on energy or climate for example. The companies that back IFRI do so, fully aware that this is our approach.

The project for IFRI matured over 1977-1978 and finally came to fruition in 1979. One of the problems was of course funding. We received backing from American foundations, such as the German Marshall Fund and the Ford Foundation, and from many companies and the State. From a legal viewpoint, IFRI is a public-interest organisation with mainly private funding, as the State’s contribution now accounts for less than a quarter of the budget. Our status implies regular monitoring by the French court of auditors (the Cour des Comptes). This strict framework and the presence of the auditors are actually reassuring.

Today, IFRI is one of the main centres of research and debate in the field of international relations. It is listed as one of the leading think tanks in the world.

The Institute has more than thirty full-time researchers and many French and foreign associate researchers. In addition to its research work, IFRI is a forum for dialogue between researchers, experts and opinion leaders on the one hand and public and private sector decision makers on the other. IFRI organises conferences on a daily basis, along with international symposiums and meetings with heads of state or government and other eminent French and foreign personalities. Since March 2005, IFRI has acquired a European dimension with the opening of a branch in the centre of Brussels, the EU nerve centre.

3. Why did you launch the World Policy Conference in 2008?

The issue of governance is key. It is why I launched the World Policy Conference (WPC), the vocation of which is to help improve all aspects of governance with a view to promoting a world that is more open, more prosperous, fairer and more respectful of the diversity of states and nations.

The annual summit brings together leading figures from five continents – political and business leaders, civil society representatives, academics and journalists – in a climate of trust and tolerance to examine, discuss and put forward constructive solutions to the main regional and international challenges.

In 2015, the conference was held in Montreux in Switzerland, a country with a long-standing tradition of hosting diplomatic negotiations to resolve conflicts.

. “Geo-economics”, which is where geopolitics and economic power come together; for example the fate of the G20, China’s foundation of the Asian Infrastructure Investment Bank and the question of economic sanctions.

. The future of the central banks with the impact of market volatility on the global economy, that of emerging countries, the change in American monetary policy, the question of the central banks’ fundamentals, independence, financial stability and so on.

. Changes in economic multilateralism, inter-regional or multilateral agreements such as the proposed TTIP, the free-trade agreement between the US and the EU. The question of the benchmark legal standard – Anglo-Saxon (common) law, European law, the law of the States, for example the supremacy (or not) of the tribunal of arbitration, a crucial point in current negotiations. For trade agreements in particular, we have focused on the viewpoint of the middle powers such as Korea and Canada.

. Other cross-cutting issues such as digital technologies and their implications for international governance, relationships with power, ethics, health, the coexistence of religions, food safety and so on.

. And contemporary affairs issues such as the nuclear agreement with Iran, the refugee crisis, security in Asia, and the Israeli-Palestinian question.

4. You mention the Middle East. What are your thoughts on the dialogue between civilisations and especially between our western societies and Muslim civilisation – can we be optimistic?

While every civilisation has its place, we are so much the richer for dialogue. Personally, the study, observation and dialogue with oriental civilisations has brought me so much.

Over the years, I have met some extraordinary Muslim personalities. Sufism, for example, is philosophically very rich. Islam can be peaceful. That was the case in Algeria, not so long ago. The problem with violence is pathological, it’s something else altogether. Most of the manipulators do not really know the Quran. Religion is used or interpreted as a strong arm.

Today we are dealing with a cancer, the effects of which will be felt for a long time. But we can overcome it. And we mustn’t forget that the first victims are Muslims.

The real problem with the choice of civilisations emerges when there is no control over the interpenetration of cultures. Which is becoming clearer and clearer in Europe.

5. Political Islamism is spreading violently throughout the world – can we remain optimistic?

When it comes to diplomacy, we need to go back to the notion of balance of power. Stability is in our interest. Westerners have to stop confusing international policy and propagation of the doctrine of faith.

There is an old rule of wisdom that says we mustn’t let chaos develop at our borders. It should be handled intelligently, with regard to our own clearly understood interests even when dealing with regimes that we don’t like, rather than claiming to spread democracy across the world – something that we are incapable of doing. I have been saying this for years and the idea seems to be gaining momentum. Here I’ve described the spirit of the think tank which uses its influence to find solutions to governance issues. 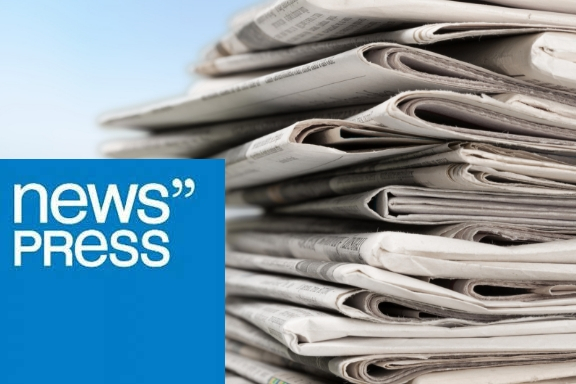 A Drop of Water and the Ocean – in French

Thought and Action – in French
Scroll to top